On June 2, Volkswagen Commercial Vehicles started production of the all-new Volkswagen ID. Buzz model at its plant in Hanover, Germany. 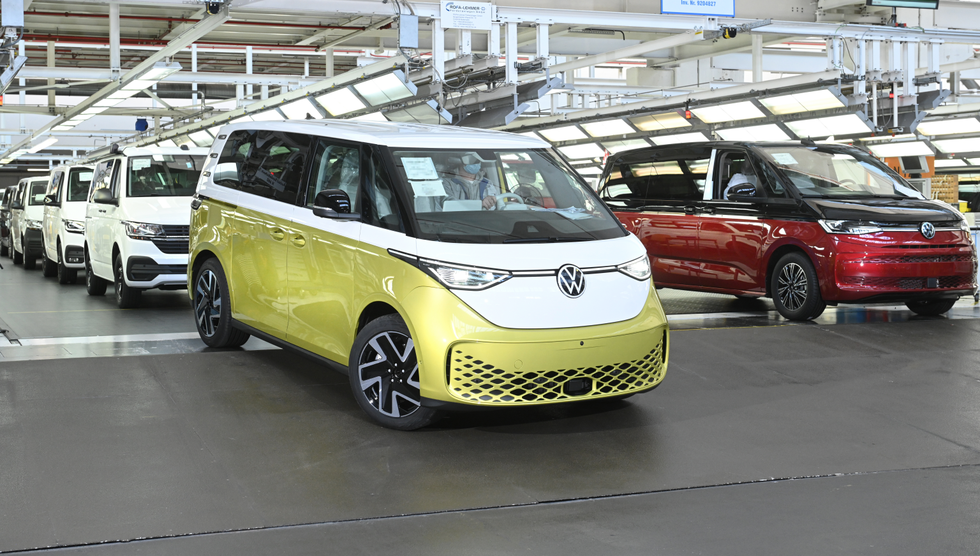 At the Volkswagen Commercial Vehicles (VWCV) brand’s main plant in Hannover, where production of the ID. Buzz Cargo[1] has already begun, serial production of the ID. Buzz[1] is now starting. Josef Baumert, Member of the VWCV Brand Management Board for Production and Logistics, and Stavros Christidis, Chairman of the VWCV Works Council, celebrated the start of ID. Buzz production along with many employees. Alongside Zwickau and Emden, Hannover is Volkswagen’s third electric vehicle site in Germany where the ID. family vehicles are being produced.

Carsten Intra, Chairman of the Brand Management Board of VWCV: “The start of serial production of the all-electric ID. Buzz is an important milestone in the electrification of our fleet and for the manufacturing operation at the Hannover site. The vehicle is a key pillar in the full utilisation of our factory and is thus safeguarding the future of the site. Now it’s finally here, a moment that the staff at VWCV have worked hard towards over the past years. I thank everyone for this great team effort!”

Further conversions were undertaken in the vehicle production facility at the Hannover plant for the new ID. Buzz[1]. These included the building of a new body shop and new sections for electrical parts on the assembly line. “Over the last two years, the production facility has been continually prepared for the manufacture of the new all-electric vehicles, while the T6.1 and since last year the New Multivan have simultaneously been made here in Hannover”, Baumert said during the official celebrations to mark the start of production. He added: “We are now manufacturing three ‘Bulli’ product lines with three different drive system concepts in our plant here. This means complexity makes huge demands of our workforce.” In order to ensure a smooth start to full production, around 4,000 employees were given training at the facility on the new model and the working processes.

“The start of full production of the ID. Buzz marks the launch of a new icon here at VWCV in Hannover,” said Christidis during the celebrations. “The ‘Bulli of the future’ is safeguarding jobs at our brand headquarters in Hannover.”

Volkswagen Commercial Vehicles is planning to produce up to 15,000 ID. Buzz[1] and ID. Buzz Cargo[1] vehicles this year. Once production is up to full speed, as many as 130,000 vehicles per year can in future be produced in Hannover.
Top
Post Reply
1 post • Page 1 of 1